Skip to content
You are here
Home > Kwaito > BREAKING NEWS: Kwaito star #Mandoza has passed away. 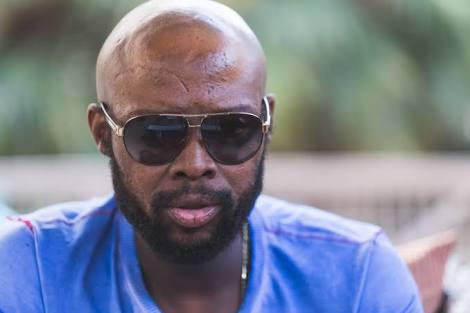 BREAKING NEWS: Kwaito star #Mandoza has passed away. The cause of death is cancer resulting from a brain tumour. Mandoza had been undergoing cancer treatment at home and was announced dead this afternoon. He is survived by his wife, Mpho, and three children.

Mandoza was born in the Zola South section of Soweto, where he shared a house with his mother, his grandparents and two sisters. He never knew his father, his mother claiming that he was murdered the same year Mandoza was born. When he was sixteen years old he was charged with stealing a car and received a one-and-a-half year sentence, which he served in Diepkloof prison.

When he was released from prison, Mandoza formed the group Chiskop along with three childhood friends, S’bu, Siphiwe and Sizwe.

He was first played on air by DJ Sipho Mbatha A.K.A. Sgqemeza of Durban Youth Radio now joined Ukhozi FM.

One thought on “BREAKING NEWS: Kwaito star #Mandoza has passed away.”